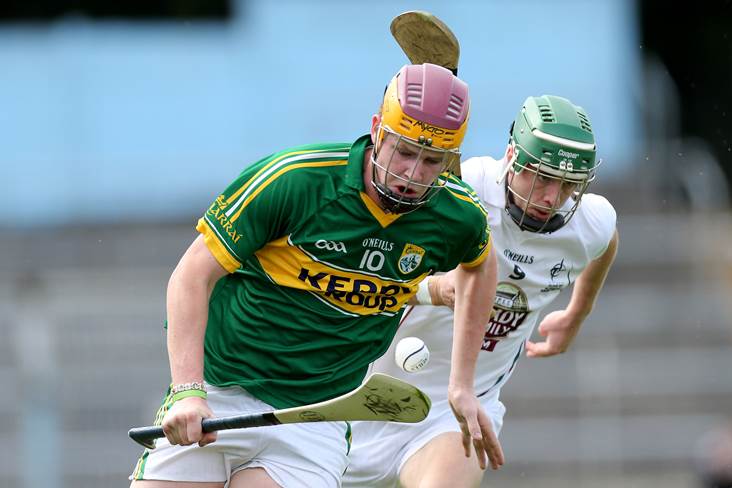 Kerry will play Antrim in next month’s Joe McDonagh Cup final after edging Carlow by 2-22 to 1-23 this afternoon at Austin Stack Park.

Fintan O’Connor’s men recovered from a shaky start on home turf to lead by five at the break and the late scores of Shane Conway, Shane Nolan and Michael O’Leary helped to see off a late rally from the Barrowsiders.

It the visitors that led by 1-6 to 0-6 come the first water break thanks to Jon Nolan’s early goal in Tralee.

However, the Kingdom regrouped brilliantly after the short break and goals from Daniel Collins in the 19th and 35th minutes served to convert their dominance on to the scoreboard as they led by 2-12 to 1-10 at the interval.

Jon and Chris Nolan helped claw the difference back to three and the tie would be level in the 64th minute after Martin Kavanagh’s free made it 2-18 to 1-21.

The Carlow marksman landed an 80-metre free to move his side in front a minute later, but Conway and Shane Nolan steered Kerry back ahead as the game entered into injury-time.

Colm Bonnar’s men hunted for an equaliser in the added minutes but it never came and instead a brace from O’Leary ensured the Munster side their date with Antrim at Croke Park on December 13th.

In Navan, Westmeath picked up their first points of the campaign with a 2-20 to 1-19 victory over neighbours Meath.

The home side had made the better start to this fourth round encounter and it was Jack Walsh’s goal that saw them leading by 1-11 to 1-8 at the half.

However, the Lake men got things level at 1-15 apiece come the 54th minute when Meath marksman Jack Regan was sent off on a straight red card.

The hosts were fighting an uphill battle from there and got outscored by 1-5 to 0-4 with Luke Loughlin supplying the killer goal for Westmeath in the 72nd minute.