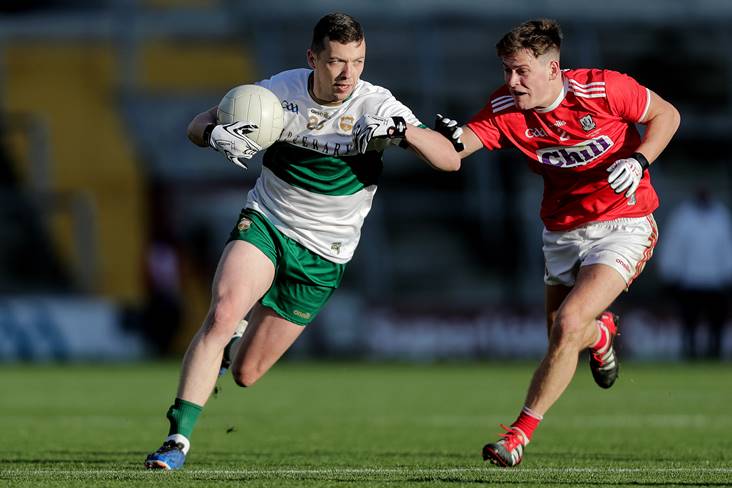 On an historic weekend for the GAA, the Tipperary footballers created their own piece of history at Pairc Ui Chaoimh this afternoon when they trumped Cork to be crowned Munster champions for the first time since 1935.

Wearing the same green and white jerseys that Michael Hogan and his Tipp team-mates wore against Dublin on Bloody Sunday 100 years ago, David Power's underdogs honoured their memory by producing an inspired performance to end one of the longest famines in Gaelic football. Michael Quinlivan, captain Conor Sweeney and Aussie Rules star Colin O'Riordan were among the many heroes for the visitors who managed to keep Cork at arm's length in the closing stages thanks to points from goalkeeper Evan Comerford, Quinlivan and the long-serving Philip Austin, who came off the bench to win his first provincial medal at the age of 34.

The historic success comes nine years after Power - who is in his first year as senior manager - led Tipp to a famous All-Ireland MFC final victory over Dublin. They also contested an All-Ireland U21FC final against Tyrone in 2015, so this breakthrough has been several years in the making. The Premier County will now face Mayo in the All-Ireland semi-final for the second time in four years, having qualified for the last four in 2016 via the backdoor route.

Buoyed by a sensational semi-final victory over Kerry at the same venue a fortnight ago, Cork came in as hot favourites, but only led once after Luke Connolly edged them into a 0-5 to 0-4 lead in the 16th minute. With the high-fielding O'Riordan starting his first game for his county since 2015, and man of the match Sweeney and Quinlivan scoring 0-12 between them, Tipp set the tempo throughout and were full value for their victory.

Sweeney had them in front within 20 seconds of the throw-in from a 'mark' before doubling their lead with the first of three points from play. Quinlivan made it 0-3 to 0-0 before the Rebels replied with two from Luke Connolly and another from a Mark Collins free to draw level.

Sweeney and Connolly ('45) traded scores before the latter gave Cork the lead for the only time. But Tipp were back in front thanks to points from Sweeney and a Liam Casey 'mark' either side of the first water break.

After Colm O'Callaghan levelled for a third and final time, Tipp took the game by the scruff of the neck with four unanswered points per Quinlivan (two, one free), Sweeney and centre back Kevin Fahey. John O'Rourke got one back for Ronan McCarthy's side before Quinlivan raised another white flag in injury-time to send the Premier County into the interval with a 0-11 to 0-7 lead.

The second half started just as the first half had with Sweeney scoring from a 'mark'. That put Tipp five in front and they would have been out of sight had Casey not had a fisted goal correctly disallowed for 'square ball' by referee Maurice Deegan after Steven O'Brien fisted against the post.

Following that let-off, the hosts reduced the deficit to three, 0-9 to 0-12, through Collins (free) and Brian Hurley, before O'Brien and Sweeney pushed the winners five clear again shortly after the second water break.

A brace of Collins frees and a point from substitute Sean White when a goal was on cut the gap to two. However, Tipp responded with a long-range free from Comerford and Quinlivan's fifth point which dropped just over the crossbar after capitalising on a poor kick-out by Cork goalkeeper Micheál Martin.

Substitute Cathal O'Mahony made it a three-point game before Austin reacted quickest to a Comerford '45 which came back off the post to fire over. John O'Rourke split the posts deep into stoppage-time, but it was a case of too little, too late as Tipperary held on.