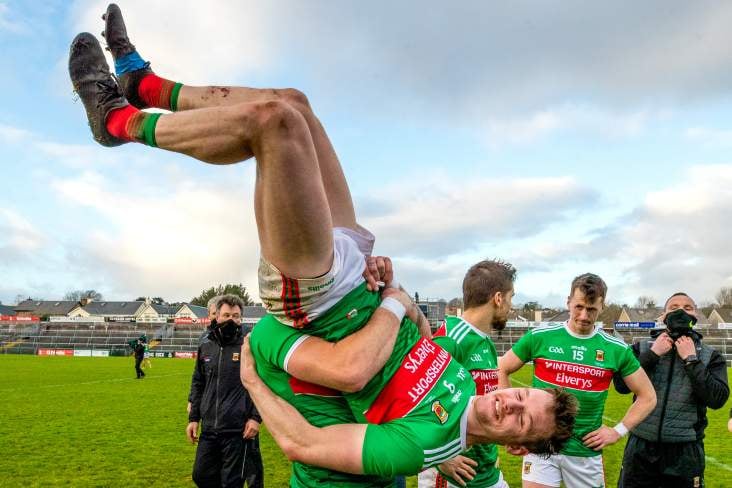 The All-Ireland senior hurling and football championship races are now down to six and seven teams, respectively, following another action-packed weekend. Here’s what the GAA Twitter world had to say:

Mayo are Connacht champions for the 47th time as captain Aidan O’Shea lifts the Nestor Cup.

Love this from @killianclarke33 on IG 😂 another outrageous comeback from the Cavan Footballers today, looking forward to watching it back tonight. #GAA pic.twitter.com/Nc30hHDpNH

Great second half by Cavan. Always had a soft spot for the county ever since Pat Faulkner kicked me up in the air & Joe Dillon caught me over his head in the 1987 Ulster club semi final v Kingscourt @StarsGAA1890.

A very different Leinster final but still a very special one. Onwards and upwards 🌓🌓 pic.twitter.com/1j6UBKJ5mS

Richie Hogan shows his incredible skill with this super GOAL for @KilkennyCLG pic.twitter.com/563lTLY3pa

What a run ending in a top class score from Shane Walsh for @Galway_GAA pic.twitter.com/ib5qB8PMOf

This man did it all. Faced tragedy on many occasions but kept the faith and powered on for his beloved Tyrone. Congrats Mickey on a fantastic career. Built two great teams that competed at the highest level, only difference was he had generational type players in the 00’s. #harte pic.twitter.com/wd5NgM38Mx

Man of the match Cian Lynch says Limerick were "lucky enough" to beat a hard-working Waterford team and claim back to back Munster SHC titles. #RTEGAA #GAA pic.twitter.com/KZOx5sxKkI

Beauitful tribute to the 14 people who lost their lives on Bloody Sunday in Croke Park. https://t.co/Zq3D8b1bmh

A Great Day for Down Hurling Beating Famed Offaly after a DRAMATIC Penalty Shootout to Advance to the Christy Ring Final. A Super Achievement for all involved. Up Down 👍🔴⚫

Speaking to RTÉ Sport after Wexford exited the Championship, Davy Fitzgerald hinted that he may be persuaded back for his contracted fifth year in charge, but only if it's for "the betterment of the team". #rtegaa pic.twitter.com/1fIo5oIYJz

#ThanksMickey 👏 #MickeyHarte will have a special place in the heart of all #Tyrone #GAA fans.

When we look back at our careers we always thank the men who trained /coached us !! But we always talk about setbacks making us better players !! So much time for Mickey Harte & what he has done for GAA & what he has been through !!! I’ve so much respect 🙌🏻

Thank you for the opportunity to fulfil my childhood dreams! Some special moments shared #thebeard pic.twitter.com/9p3JbBwOaq

The morning after the 2018 All-Ireland final, Mickey Harte sat down with a small group of us and said this. I'll never forget it. #GAA pic.twitter.com/YLMBgtOATt