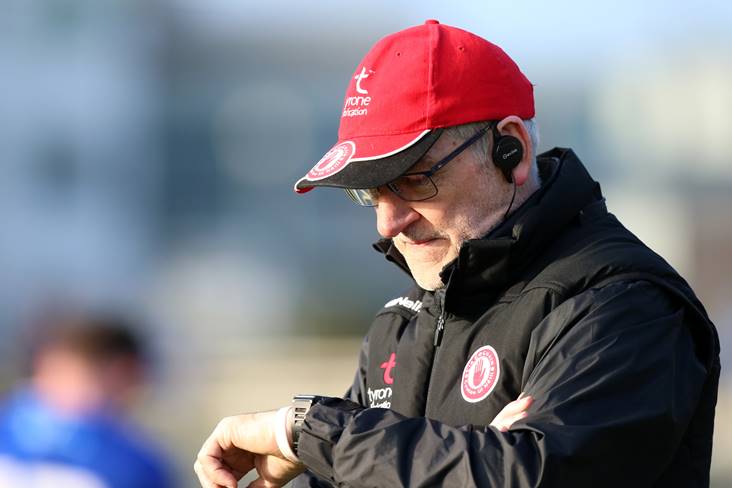 The Tyrone county board have reportedly turned down Mickey Harte's request for a one-year extension to his term as senior football manager.

The Red Hands boss is currently the longest-serving inter-county football manager, having been in charge of his native county for 18 seasons, winning three All-Ireland titles during a golden era for Tyrone football. His most recent campaign came to an end at the hands of Donegal in the Ulster SFC quarter-final at Ballybofey.

According to reports on ulsterherald.com and BBC Sport, the 68-year-old had a request for a further year in the hotseat refused recently. He was previously rejected an extension to his tenure at the end of the 2016 season before being handed a fresh three-year term.

Harte's future as Tyrone manager has been the subject of much debate since their exit from the All-Ireland champioinship last month. Fellow Errigal Ciaran clubman and former Tyrone midfielder Enda McGinley said it would be "damaging for the county" if he departs in controversial circumstances.