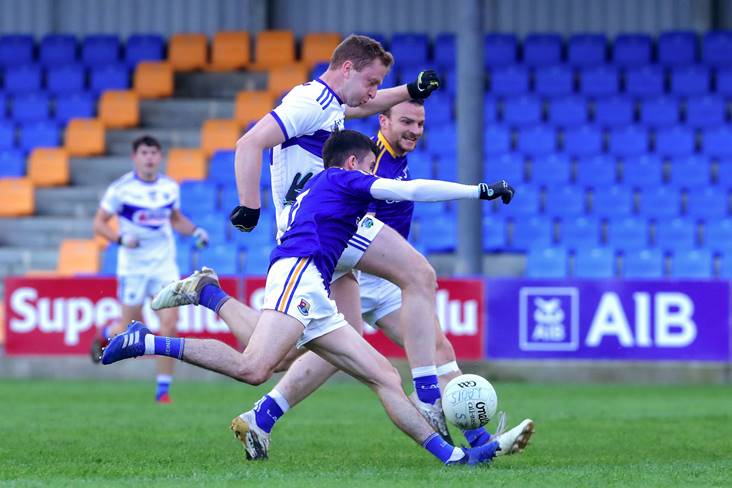 Laois scored seven unanswered points in the second half to edge out Longford at Glennon Brothers Pearse Park and earn a Leinster SFC semi-final meeting with All-Ireland champions Dublin in Croke Park next Sunday.

Having the benefit of a first round win over Louth last Sunday, the hosts looked set for victory when they led by five points after 44 minutes, but Mike Quirke's men then suddenly clicked into gear to go two points up by the 56th minute. Despite losing corner back Paddy Fox to a black card, Longford fought back to level through Joseph Hagan with three minutes of normal time remaining, only for the visitors to grab the last two points per Gary Walsh (free) and sub Sean O'Flynn.

The O'Moore County had goalkeeper Niall Corbet to thank after he produced two superb saves from Donal McElligott and Des Reynolds at the start of the second half to keep them in the game.

With midfielder Darren Gallagher once again to the fore, Padraic Davis' men stormed into a six-point lead inside the opening 13 minutes. Daniel Mimnagh and Liam Connerton kicked early points before Gallagher won a 'mark' and set up Reynolds for a goal in the sixth minute.

Rian Brady pushed out Longford's lead to six before a Paul Kingston goal halved the deficit in the 15th minute. A brace of Gary Walsh frees and a long-range effort from Kingston reduced the deficit to the minimum before the home side hit back with four points in-a-row from Gallagher (free), Brady (two, one free) and McElligott. But Laois kicked the last two points of the half to trail by three at the interval. 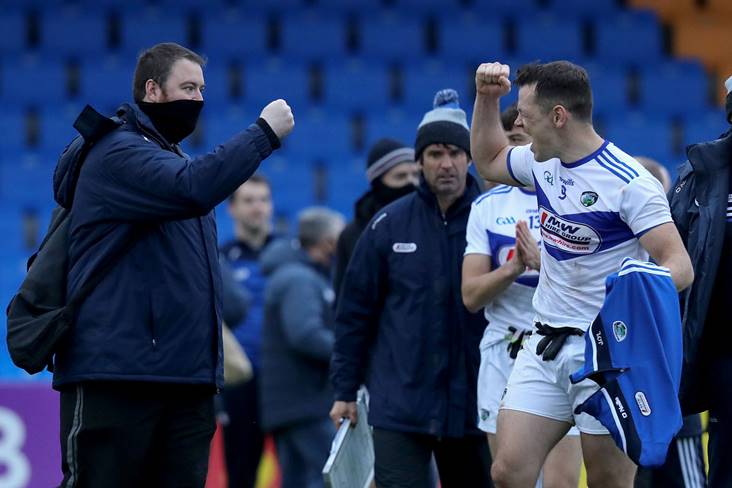 Despite those saves from Corbet after the restart, Longford regained their five-point advantage through Mimnagh and Reynolds. But they then went 20 minutes without scoring as Laois took over. Walsh drew them level in the 54th minute before further points from corner back Trevor Collins and Walsh (free) gave them the lead for the first time.

Longford scored the next two points to regain parity, but Laois finished the stronger, despite veteran Ross Munnelly being shown a late black card.