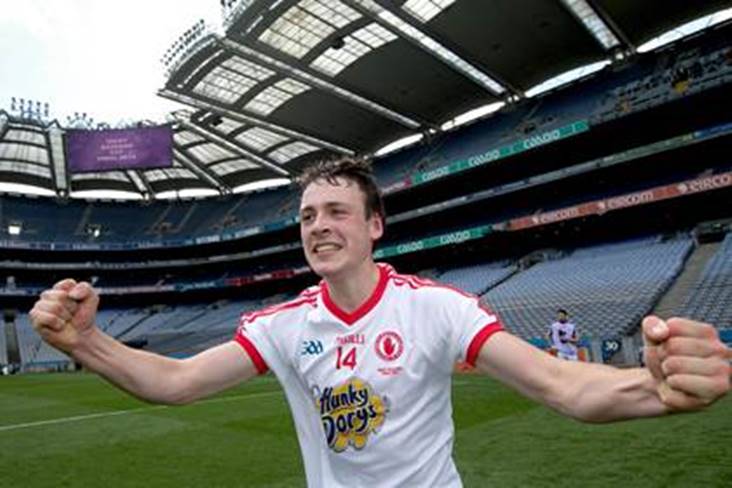 The semi-finals for the Nicky Rackard Cup have been set following victories for Tyrone and Leitrim this afternoon.

Tyrone scored a comfortable 2-19 to 1-12 win over Monaghan in Clontibret, where the visitors bagged a goal in each half to control this Round 2B tie.

The Red Hands had edged into a 0-7 to 0-6 lead with 10 minutes to go in the first-half and they’d have the sliotar in the Farney net come the 27th minute thanks to Bryan McGurk’s neat finish.

From there points via Brannan Molloy, Damian Casey (2) and Conor Grogan helped Tyrone towards a 1-12 to 0-9 interval lead, but Monaghan would get right back into the contest after the restart.

Aidan Burns’s goal made it a three-point game again for the hosts but they couldn’t keep down the margin as Casey’s scores opened up an eight-point gap.

Monaghan fought until the finish but their neighbours stayed in control and killed off the contest with a goal from Keifer Morgan to seal their place in the semi-finals against Donegal next weekend.

At Pearse Park, Leitrim came away with a 1-11 to 0-12 win over Longford to move into the last four against Mayo.

Conor Beirne’s goal at the start of the second-half handed the visitors a 1-6 to 0-5 lead but Longford rallied a drew the game level with seven minutes remaining.

Two Gavin O’Hagan frees steadied the ship for Leitrim as the home side were reduced to 14 men in the added minutes with the dismissal of Daniel Connell.