One of Wicklow's Greatest 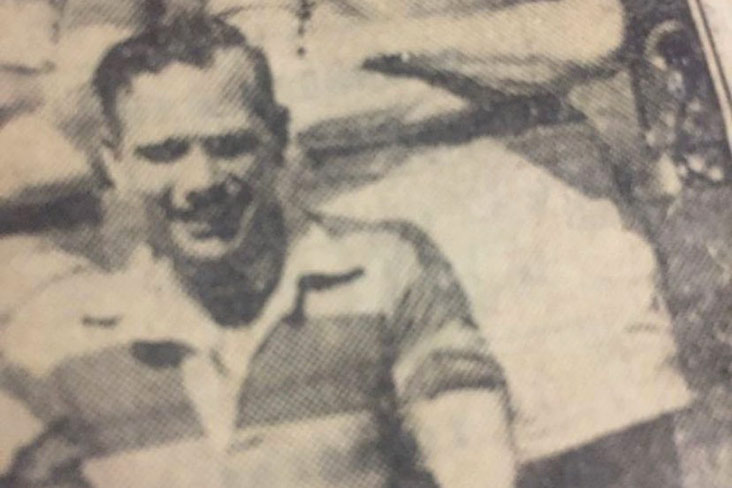 A garda Jim came to live in Shannonbridge, Offaly and was laid to rest in famed Clonmacnoise, yesterday, Sunday November 22nd.

Old timers will tell you that the 1950/60's were the great days of Wicklow football. And when Leinster ruled the Railway Cup world, chalking up a remarkable four - in - row of successes from 1952 to 1955 there was a considerable Garden County presence. This at a time when a Railway Cup medal was much sought after with large crowds in attendance.

Strapping Jim Rogers from Donard  was an automatic choice for the eastern province and lining out at midfield starred in each of  those four wins.

And for those wins in 52, 53 and 54 Jim had fellow Donard star Gerry O Reilly alongside at right half back. Two of Wicklows graetest ever footballers

Gerry was a sub in 55 as was Joe Timmons while another Wicklow star, Joe Fitzpatrick manned the centre half back position.

A regular on Garden County teams for years, Jim Rogers also added Wicklow senior championship medals, won with Donard, to his collection in 1944 and 1957.

"Before we leave this grave side, where we have laid to rest the mortal remains of Jim Rogers it is only right and fitting that we would say our final goodbye and pay our respect to one of the greatest players ever to wear the Wicklow and Leinster Jersey.

Jim Rogers was born in the small village of Donard deep in the Wicklow hills over 95 year ago. His early and formative years were spent around the shadows of the Wicklow hills, around Donard’s scenic country side. Here he learned all about the areas historic associations. In particular the hardships endured in bygone days by the people in the area.

All this imbued in Jim a love of country, and a love of county and this upbringing cultivated in Jim Rogers many traits, which made such a likeable and respected person. When he was growing from boy to man Donard was the stronghold of the Gael, he played in his first county senior final in 1943 when they were defeated by Rathnew, but brighter days were coming.

He went on to win two senior championship medals with his club, his first in ’44 his last in 1957. He represented Wicklow in both hurling and football and was a regular on the football team for over a decade winning an O’ Byrne Cup medal in 1957.

He was on the Leinster team that recorded the famous four in a row Railway Cup wins 1952,’53,’54 and ’55. He played midfield in four finals. He was on the team that brought Wicklow its first provincial hurling championship when Wicklow defeated Kildare in 1953. Jim also played for Wexford. In the championship of 1948 Wexford were pitted against Offaly.

With only three minutes left in the game and Offaly leading by five points Jim Rogers sent two goals to the Offaly net to defeat the “Faithful County” and delivered one of the most sensational victories of the championship that year. Jim Rogers touched and enriched the lives of all who knew him. He was a true legend in his life time.

A retired member of An Garda Siochána, he was a big man with a winning smile. His memory will be forever precious to a grateful county he served so well on the Gaelic Fields of Ireland and his fame will never cease to be prized by a grateful county, as one of its precious possessions. May the green sod of his adopted county rest lightly on this great son from the “Garden County”.