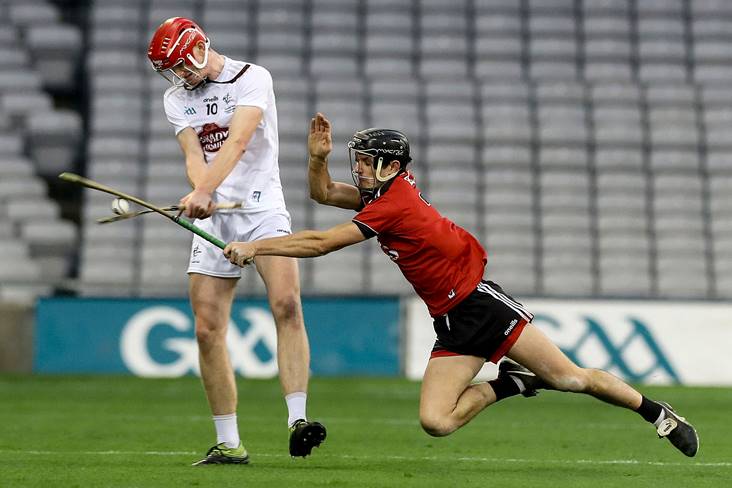 Kildare's James Burke is blocked by Liam Savage of Down. ©INPHO/Lorraine O'Sullivan.

Kildare withstood a late comeback from Down to be crowned Christy Ring Cup champions for the second time in three seasons at Croke Park.

The David Herity-managed Lilywhites needed two late points (one '65) from Jack Sheridan to prevail after four unanswered Down points between the 67th and 73rd minutes had left the minimum in it.

Down's misery was compounded by a straight red card for centre back Conor Woods in the 76th minute, but their shock penalty shootout victory over Offaly in the semi-final means they will join Kildare in an expanded Joe McDonagh Cup in 2021.

A Tadhg Forde goal and points from David Slattery, Paul Divilly and Bryan Byrne helped the winners to a 1-3 to 0-1 lead after six minutes. But they then went 14 minutes without scoring as Down roared back with five unanswered points, including a brillaint sideline cut from Pearse Og McCrickard in the 13th minute.

The sides were level twice before Divilly's injury-time goal sent Kildare into the interval with a 2-7 to 0-10 lead. 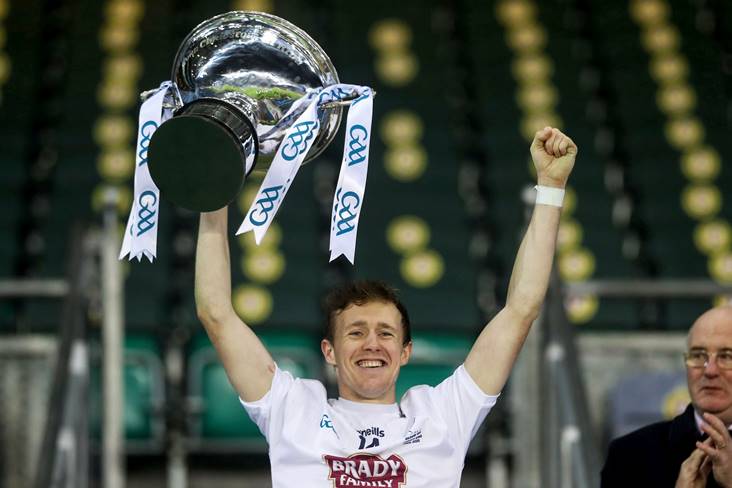 The Ardsmen registered the first two points of the second half before 1-1 from Sheridan propelled the Leinster side into a 3-9 to 0-12 lead. Down hit back with scores from top-scorer Oisin MacManus and McCrickard to reduce the deficit to the minimum again, only for Kildare to reply with further points from James Burke, Byrne, Sheridan and substitute Shane Ryan.

Ronan Sheehan's charges rallied once more in the closing stages, but they couldn't regain parity as Sheridan sealed the deal for the Lilywhites.