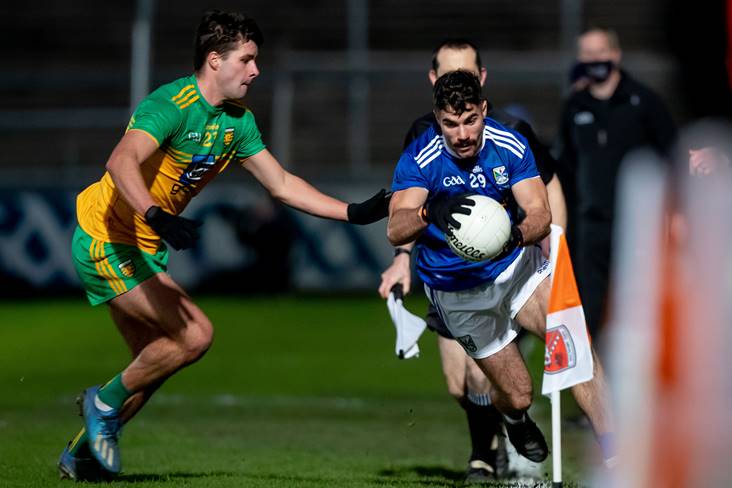 Donegal came into the final as raging favourites to complete a three-in-a-row of provincial titles, but Mickey Graham's never-say-die charges refused to read the script and were full value for their victory, which sets up an All-Ireland SFC semi-final meeting with Dublin at Croke Park in two weeks' time.

The underdogs were clinging onto a 0-13 to 0-12 lead when Donegal 'keeper Shaun Patton failed to deal with a high ball, and super-sub Madden pounced to bring his tally to 1-2. The only goal came after Raymond Galligan had produced two tremendous saves at the opposite end, while the Breffni County's victory was all the more noteworthy after they had played 20 minutes with 14 men after picking up two controversial black cards.

Considered by many to be Dublin's main rivals for the Sam Maguire, Donegal were fortunate to lead by 0-9 to 0-7 at half-time and increased their advantage after the restart before Cavan battled back. Inspired by a man of the match performance from Thomas Galligan, who was forced off in the first half with a blood injury, they edged into a 0-12 to 0-11 lead on the hour-mark through Gearoid McKiernan before goalkeeper Ronan Galligan denied Jamie Brennan a goal with a point-blank save.

Patton saved from Martin Reilly at the other end six minutes later before a superb Oisin Kiernan point was followed by Madden's clinching goal in injury-time.

Despite playing for the sixth weekend in-a-row and having been relegated to Division 3 of the Allianz League for next season, the winners were full of energy as they stormed into an early 0-4 to 0-1 lead thanks to points from James Smith, Kiernan, Gerard Smith and wing back Ciaran Brady.

Donegal took advantage of Killian Brady's 11th minute black card by scoring five unanswered points, including two from Paddy McBrearty. Ryan McHugh gave Declan Bonner's men the lead for the first time, but Cavan hung in there before half-time thanks to the sterling efforts of Killian Clarke, Ciaran Brady, McKiernan and Thomas Galligan.

With the breeze to their backs in the second half, the Breffni boys reduced the gap through scores from Galligan, James Smith and Madden, only for a couple of McBrearty frees to keep the Tir Chonaill side's noses in front.

Cavan were just one down, 0-10 to 0-11, at the second water break, but looked to be in trouble when Madden was also sent to the sin bin. Raymond Galligan saved from Peadar Mogan before points from Martin Reilly and McKiernan (free) put the 14 men in front.

Caolan McGonagle equalised, but Cavan weren't to be denied as Kiernan restored their lead with a magnificent point from out on the left in the 65th minute before Madden raised the only green flag after Patton had opted to punch McKiernan's long delivery, to spark wild celebrations across the football-mad Breffni County tonight.