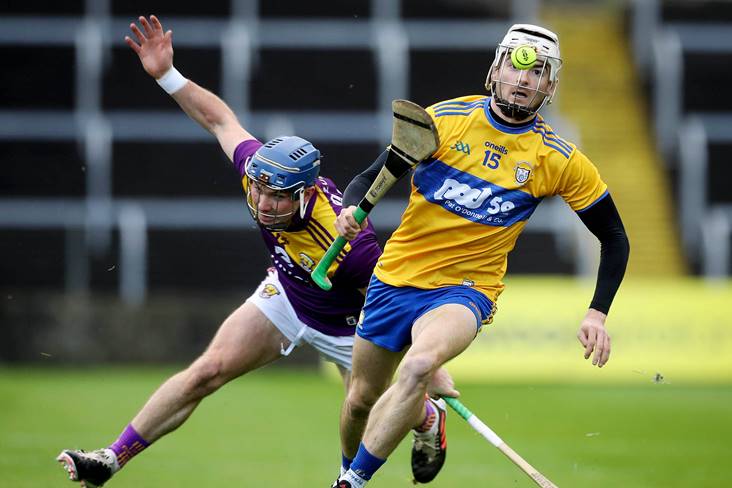 Tony Kelly continued his imperious form as Clare saw off a disappointing Wexford performance at O’Moore Park to move into the All-Ireland senior hurling championship quarter-finals.

Kelly landed 1-15 over the 70 minutes in Portlaoise to help secure back-to-back qualifier victories for the Banner men after they edged out Laois last weekend.

The Munster side led by 10 points at the break with Kelly very much to the fore and the Sixmilebridge star would net the game’s only goal on 56 minutes to help show the Model men the exit door.

Kelly and Conor McDonald traded points in the early stages of this Round 2 clash before the Slaneysiders moved in front on seven minutes with a free from Paudie Foley, who was on free-taking duties instead of the injured Lee Chin.

Cathal Malone levelled the sides five minutes later and once Kelly boomed over a free in the 15th minute, Brian Lohan’s men simply wouldn’t look back.

Kelly added two more placed balls (one a ‘65’) to stretch the Clare lead to two prior to Rory O’Connor firing over at the other end in response.

The next eight points would fly over Wexford’s crossbar, with Kelly landing six of them and Colin Guilfoyle and Jason McCarthy with the other two from play to leave it at 0-13 to 0-3 come the break. 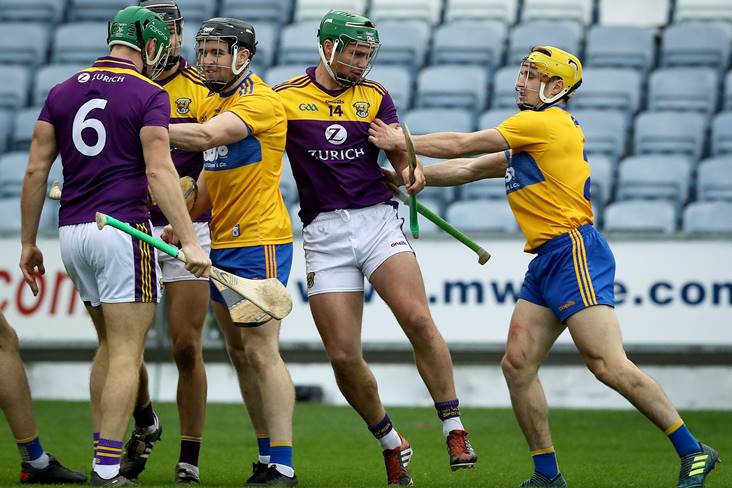 Tempers boil over between Clare and Wexford players. ©INPHO/Lorraine O’Sullivan.

Diarmuid Ryan and Kelly stretched the lead to a dozen before O’Connor stopped the rot for Davy Fitzgerald’s side and points from Sean Murphy and Paul Morris (two frees) would keep them with an outside chance.

The margin stood at seven (0-17 to 0-10) when Kelly hammered home Clare’s goal with a fine finish and while they responded well via points from Morris and Murphy, the game was up for the Model men whom introduced Chin for the closing quarter.

Kelly rounded off his impressive tally in injury-time as Clare sent their opponents packing to safely secure a place in the last eight.