Ladies previews: Semi-final pairings in All-Ireland Championships to be decided 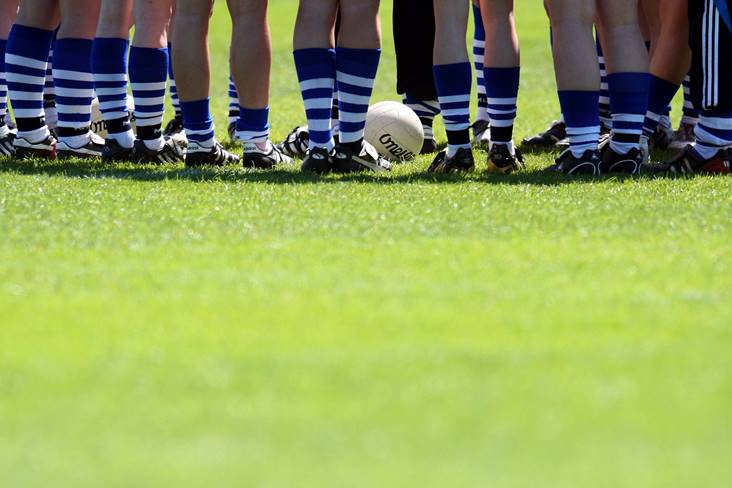 A crucial weekend in the TG4 Ladies Championships

The remaining slots in the 2020 TG4 All-Ireland Intermediate and Senior Ladies Football Championships will be decided over what promises to be a tense weekend.

Senior Champions and four-in-a-row chasers Dublin are safely through to the last four, after victories over Donegal and Waterford.

They’ll be joined by three other contenders for the Brendan Martin Cup, with a crucial set of fixtures in store.

Galway, last year’s runners-up, face a winner-takes-all clash with Monaghan at Páirc Seán Mac Diarmada, Carrick-on-Shannon, on Sunday (1.0), while there’s another straight shoot-out on the horizon as the TG4 cameras descend on Parnell Park on Saturday (3.15) for the meeting of Armagh and Mayo.

Also on Sunday, 11-time champions Cork will look to book their place in the semi-finals when they face Cavan in Birr (1.0), while there’s a dead rubber fixture on Saturday, where Donegal meet Waterford at TEG Cusack Park in Mullingar (1.0).

In the Intermediate grade, 2018 and 2019 runners-up Meath have already qualified for the semi-finals, and three other counties will join them as the race for the Mary Quinn Memorial Cup intensifies.

All games, bar the Armagh v Mayo TV fixture, will be live-streamed by the LGFA across various platforms.

Fixtures – All games at 1pm unless stated

Donegal and Waterford have nothing but pride to play for in the final round of group fixtures.

Encouraging and impressive displays for both against All-Ireland champions Dublin weren’t enough to stave off defeat.

Donegal lost by three points against the Sky Blues, while Waterford were four points adrift, and that would suggest a close encounter at TEG Cusack Park, Mullingar.

Respective managers Maxi Curran (Donegal) and Ciaran Curran will be hammering home the importance of finishing the campaign on a high and with the shackles off, this could be a really entertaining game.

It’s all on the line for Armagh and Mayo at Parnell Park, with a semi-final place on offer for the winners.

Armagh notched 6-16 against Tyrone, with Aoife McCoy and Aimee Mackin in blistering attacking form, while Sarah Rowe collected 2-9 as Mayo registered 4-17 against the Red Hands.

Armagh may be concerned, however, by the concession of 3-13 against Tyrone, while Mayo limited them to just 0-4.

Following that line of form, Mayo will start as favourites to set up a semi-final joust with Dublin on November 28.

But when these sides met at the quarter-final stage last year, Mayo had just three points to spare against an Armagh side deprived at the time of the services of Mackin through injury.

It’s set up for an absolute cracker live on TG4 on Saturday, with Armagh opting for an unchanged starting 15.

Mayo boss Peter Leahy has handed starts to defender Danielle Caldwell and attacker Deirdre Doherty, as the green and red aim for another semi-final appearance.

And considering that Kerry racked up 5-15 against Cavan in the group opener, Cork will start as firm favourites to see off the Breffni girls and march through to the semi-finals.

Cork shrugged off a slow opening against Kerry to ease themselves into the game, and their know-how told in the second half as they dug out the win.

Boss Ephie Fitzgerald will hope that opening fixture for his charges will have sharpened minds and bodies ahead of this decisive fixture in Birr.

Cavan’s preparations for the Kerry fixture were hampered by a lack of challenge fixtures in advance of the Championship but they’ll hope to give a better account of themselves here.

Manager James Daly has made four switches for this fixture, while it’s same again for Cork boss Ephie Fitzgerald.

Should Cavan pull off what would be considered a major surprise, it will go down to score difference to determine who goes through to the semi-finals, as Cavan, Cork and Kerry would all have one victory each.

The stakes couldn’t be higher in Group 2 as Galway, the 2019 runners-up, prepare to face improving Monaghan for a place in the last four.

Both sides defeated Tipperary by a point to set up this final round shoot-out.

Six frees from former skipper Tracey Leonard were crucial for Galway in that win, while Ciara McAnespie, Louise Kerley and Ellen McCarron contributed 0-3 each in the Tipp victory.

When you consider that Monaghan needed a play-off victory over Westmeath last year to avoid relegation from the Senior ranks, their improvement this season is one of the stories of the Championship.

Knocking out Galway would take Monaghan to another level entirely – and set up a semi-final showdown with the Group 1 winners.

Galway manager Tim Rabbitt has plumped for an unchanged starting 15, with his Monaghan counterpart Ciarán Woods calling on Shauna Coyle in attack, as Eva Woods drops to the bench.

When the draw for the 2020 TG4 All-Ireland Intermediate Championship was made, it was termed the ‘Group of Death.’

Kildare have safely negotiated their opening two fixtures and with a +26 scoring difference, and six points, in the bag, they’re on top and favourites to advance.

The Lilywhites know that a win will see them through, while even a victory for Laois could see them edged out on scoring difference.

If Laois win, and Clare also beat Sligo, it would leave Kildare (+26 at the start of play), Clare (+7) and Laois (+7) all locked together on six points.

Laois will instead hope that they win, and Sligo beat Clare, which would see the O’Moore County go through ahead of Kildare on the head to head rule.

Clare meet a Sligo team with a -40 scoring difference, knowing that they must go hard on the off-colour Yeats County in the hope that they might yet make the semi-finals.

Should Clare win, and Laois beat Kildare, it will come down to scoring difference, which means that Clare will go all out to rack up a big score.

Sligo reached the semi-finals last year but have struggled in this campaign, and are conceding heavily.

That will provide Clare with hope, and victory over Laois in Round 2 was a confidence-booster for the Banner County, who lost out by just two points in their opening fixture against pace-setters Kildare.

The winners of this group will face Meath in the semi-finals.

Roscommon, semi-finalists last year, scored a crucial victory over Wexford in Round 2.

Wexford had a semi-final berth in their sights after beating Offaly in their first game, but Roscommon prevailed.

Now, Wexford must sit and wait, hoping that Offaly beat Roscommon and they can squeeze through on scoring difference.

Wexford sit on top of the table after completing their group games, with three points and a +5 scoring difference.

Roscommon are second after one game, on +3, while Offaly are on -8 after losing out to Wexford.

The formbook would suggest a Roscommon victory – and a place in the semi-finals against Westmeath or Louth.

Group 2 is less complicated – with Louth and Westmeath preparing for a straight knock-out fixture.

The winners go through to face Wexford, Roscommon or Offaly in the last four, with the losers of this one left twiddling their thumbs for the remainder of the winter.

Westmeath came down from the Senior grade last year but appear hellbent on getting back up at the first attempt.

They put 9-9 past Longford in their opening game, but Louth managed 4-10 themselves against the Midlanders.

This is the second of two dead rubber fixtures this weekend.

Down and Leitrim are out of the running for a semi-final place, after both counties lost to Meath.

The Royals had a much tougher time of it against Down, which would suggest that the Mourne County will start as favourites to end their campaign on a high with a win against Leitrim.

Jessica Foy has the potential to run up a big score for Down (she landed 1-5 against Meath), while Leitrim will look to the scoring prowess of Michelle Guckian, who scored half of her side’s 0-10 in the Meath defeat.