Video: A second championship 'debut' after a 12-year gap aged 36 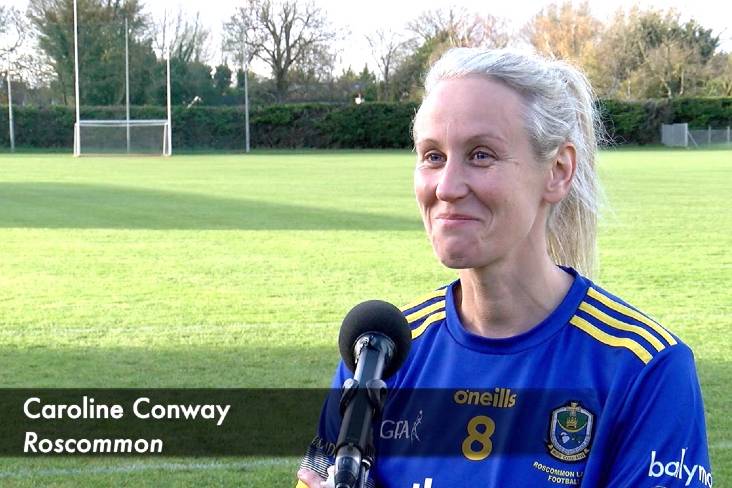 Roscommon midfielder Caroline Conway played her first Championship game for 12 years in the win over Wexford on Sunday in the TG4 All Ireland IFC.

Conway left the game and became a top-level European cycling endurance athlete, before returning to Ladies Gaelic Football this year.

"It's ferocious now," Caroline tells Jerome Quinn. "The speed, I've never been in a faster dressing-room."

Conway is Vice-captain of Ballyboden Wanderers and will play for Roscommon on Sunday against Offaly.