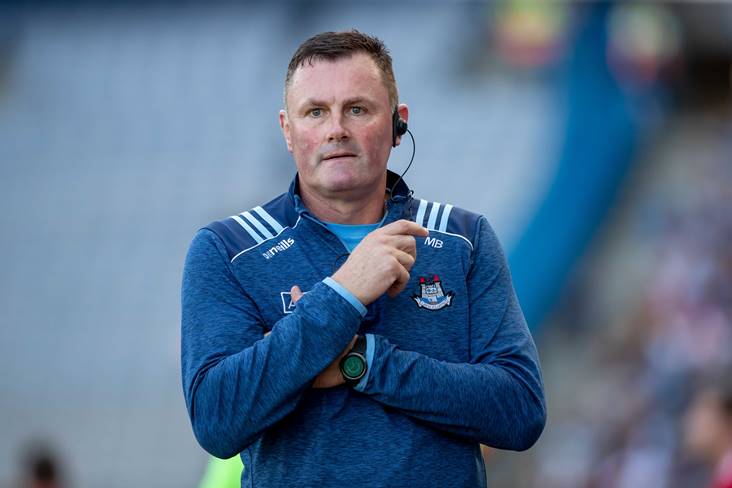 Dublin manager Mick Bohan admitted Donegal were unfortunate not to come away from their TG4 All-Ireland Senior Championship encounter against the champions with a result after the Ulster side rocked them in Kingspan Breffni.

Dublin needed a fortunate Sinead Aherne goal midway through the second-half to stave off a determined Donegal fightback led by Geraldine McLaughlin, but Bohan says his side will improve hugely following their rusty 2-13 to 2-10 win as they seek four All-Irelands in a row.

“Both teams in fairness put in a huge shift,” said Bohan, whose side can reach the All-Ireland semi-finals with victory over Waterford next Saturday.

“There were mistakes on both sides, indicative of just not having played competitive football but nobody could fault what both teams gave out, and maybe Donegal are unlucky not to come away with a little bit more.

“There were parts of tonight we are really happy with, and there was a lot of errors where we have to go away, but that game will bring us on a lot.”

On Sunday afternoon Kerry set themselves up for a likely group decider against rivals Cork next weekend after a 5-14 to 0-13 win over Cavan. Louise Ní Mhuircheartaigh and Síofra O’Shea scored two goals each, a win that manager Declan Quill thinks has set them up nicely for next Saturday’s battle.

“It’s a massive game. I won’t lie, it’s a do or die game. If we win we are through to an All-Ireland semi-final and that’s the way we are going to be approaching it,” said Quill.

“I know Cork will be waiting for us and they have been more dominant over the last number of years, so we have a massive task ahead of us next Saturday.”

Meanwhile, Galway’s aim of reaching consecutive TG4 All-Ireland finals remains on track, but they were happy to escape with the win at the Gaelic Grounds. Aishling Moloney kicked 1-10 for Tipperary, but her late goal was not enough to get Tipp over the line.

“Yeah we are fairly disappointed now,” said Moloney. “When you come that close to the All-Ireland finalists you want to be pushing on over the line.

“Look, we got a good performance there. I thought we played very well as a team and we can look forward to next Friday when we play Monaghan.”

In Friday’s game Armagh blitzed Tyrone in a 6-16 to 3-13 victory. A hat-trick from Aoife McCoy meant Ronan Murphy’s side are now in poll position in Group 4.

“We’re delighted, we played some great football. It’s very nice to get the win and we have to look forward to Mayo in the next game,” said Murphy.

Tyrone will hope to recover when they face Mayo next Saturday, but this group will go down to the wire.

In the Intermediate Championship, Westmeath caught the eye with a goal fest against Longford. Karen Hegarty scored three goals and substitute Sarah McCormack bagged two in their 9-9 to 2-6 win. Longford need to beat Louth next week to renew their hopes of making the knock-out stages.

In Group 1 Wexford got off to a great start with a 3-10 to 1-8 win over Offaly, and if they can defeat Roscommon next Sunday they will be sure of a semi-final spot.

In the only four-team pool, Group 4, Kildare gave themselves real hopes of making the semi-final with a 2-11 to -12 win over Clare, while Laois stunned Sligo with a 5-8 to 1-4 win in Kiltoom.

And in Group 3, Meath faced a real battle against Down, but they held on for a 0-11 to 1-6 win despite Jessica Foy’s late goal for Down.

In the Junior Championship, Wicklow have already made certain of a place in the semi-final following their second win of the competition, a 0-9 to 1-2 victory against Fermanagh. Fermanagh will now battle it out with Carlow for the other semi-final spot on offer from Group A.

And Limerick, the 2018 champions, also booked their spot in the last four, as the Shannonsiders claimed victory over last year’s semi-finalists Antrim thanks to goals from Amy Ryan and Cathy Mee.