What they said ... the weekend in quotes 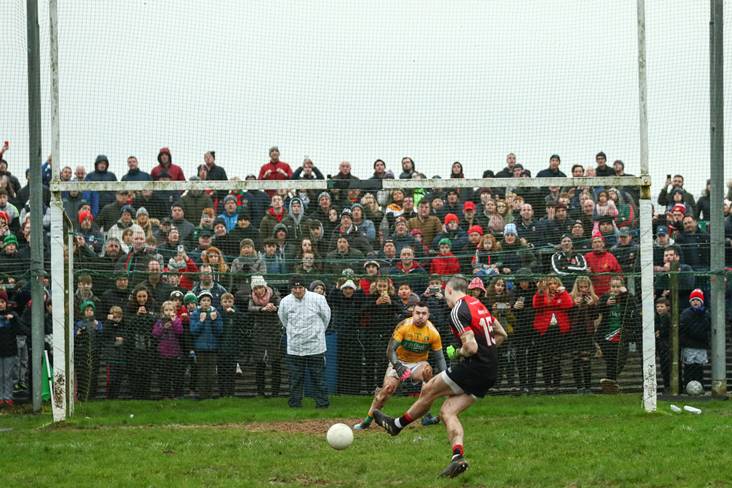 “It’s actually curtailing goal opportunities, about eight or nine different times in the match it curtailed good movement, good flowing moves. Is that improving the game of football? I think it’s a waste of time and I’ve said it all along.”

Donegal boss Declan Bonner repeated his opposition to the three handpass rule following their 10-point win over Down.

“It’s very confusing. You can see it today, the frustration on both teams. On any other day that would have been considered a very good goal. That would have given Down a good lift. It slows up the game.”

The Mourne County had a goal disallowed because of the rule and Paddy Tally echoed Bonner’s sentiments.

“I was impressed with Leitrim, they should have won.”

James Horan’s second coming as Mayo manager got off to a winning start with a historic 4-1 penalty victory over Leitrim.

“We had several goal chances and you have to take them at this level.”

Leitrim’s battling display against Mayo will be a source of great encouragement for new manager Terry Hyland as he looks to the future.

“Let’s be under no illusions, the league is going to take on a completely different dimension. But these games are priceless in terms of it’s a competitive setting, you get an opportunity to look at different players – and next week will be no different.”

“Our skill execution was very poor. I think we had 39 turnovers throughout the game. I think we just looked a tired team today and it has been a tough pre-season, to be fair to the lads.”

“We were lacklustre in the first-half, but we picked the game up. It was a much improved second-half performance, but we need even more for Dublin next Saturday.”

Andy McEntee and Meath set up an O’Byrne Cup semi-final date with Dublin thanks to their seven-point victory over Wexford.

“We won two out of our three games, but one could see the gap between Division 2 and 4.”

“Overall, we are happy with the direction we are going. I think the most pleasing thing about this game was the way our lads responded when Louth upped the tempo in the second half.”

New Longford boss Padraic Davis will bring his troops to Westmeath for a semi-final fixture on Saturday.

“I think we were deserving winners. I thought we were the dominant side and made heavy work of it. We got three goals.”

Carlow were full value for their one-point victory over Offaly according to Turlough O’Brien.

“There's players here that I've seen that would walk on to the Mayo team for argument's sake. All they need is a little bit of confidence and belief, get a few victories and you'd hope things would turn.”

John Maughan is excited about his new role as Faithful County football boss.

“Wicklow dominated for good tracks of the game. But we stuck it out, we dug it out. And a win is a win.”

John Sugrue’s Laois charges salvaged a draw against Wicklow in Bray on Saturday.

“We won’t know if we are in a good place until we have more competition. But I am happier this Saturday than I was last Saturday.”

John Evans and Wicklow now switch their focus to the Allianz football league.

“Young lads are coming in and all the lads that you see on show were part of last year’s squad. They are eager, they are trying to take their opportunity so a lot of them are holding their hands up.”

The early signs are promising for Donal Moloney and Clare.

“I give our lads an awful lot of credit for the way they dug in and they showed what they’re about with the way we finished the game.”

Liam Sheedy and Tipp will be aiming for Munster SHL honours when they take on the Banner County in the decider.

“I know it was a pre-season game but there’s still a bit of competitive edge to it. You still want to get your nose ahead at the finish.”

Dublin were made to sweat by Laois before Mattie Kenny’s side advanced to a Walsh Cup semi-final with Galway.

“That match was there for us.”

It was one that got away as far as O’Moore County manager Eddie Brennan was concerned.