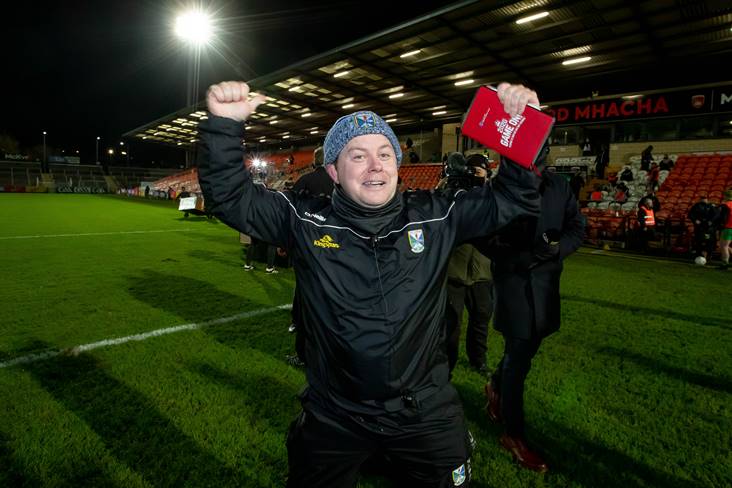 Mickey Graham couldn't hold back the tears after his Cavan charges shocked Donegal to be crowned Ulster football champions for the first time in 23 years.

So emotional was the Cavan manager after the 1-13 to 0-12 victory at the Athletic Grounds that he had to cut short his interview with the BBC.

"Words can't describe [what this means to Cavan]. It's just huge. That's all I can say," he said.

"They gave everything you can ask of a team: Honesty, guts, determination, belief. When nobody else had it, they had it. I'm just delighted for them.

"We knew we had to be on our game for the whole 75-80 minutes. We were happy where we stood at half-time. I thought the black cards were harsh. I thought the lads responded seriously well.

"We had a couple of goal chances, we could have pushed on. But, you know what, Cavan are Ulster champions! Who cares?!"