"We don't fear what comes next" - Cork's Hannah Looney 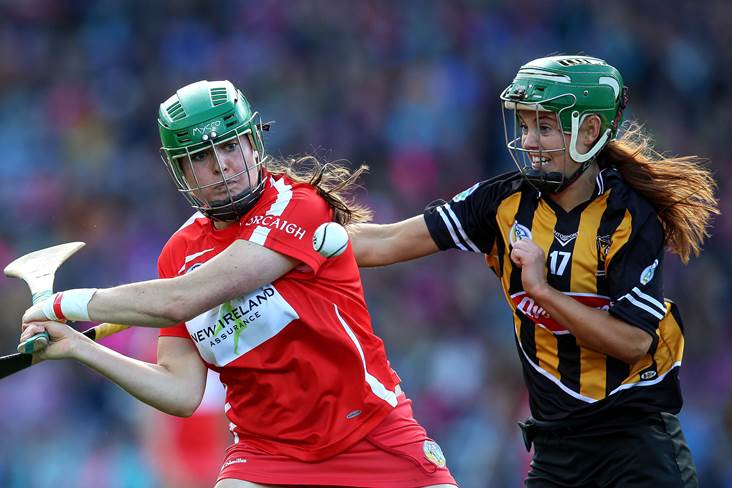 To the fascinated observer looking on from the sideline, without attachment to either of the protagonists, last year’s Liberty Insurance All-Ireland Senior Camogie Championship Semi-Final between Cork and Galway was one for the ages.

After more than 70 minutes of endeavour, the westerners had a point to spare. They would go on and claim ultimate honours with a far greater degree of comfort.

The vanquished in such classics don’t tend to look back fondly on them of course. Think Cork hurlers in the 2004 Munster Final, or Kerry footballers when discussing the 1977 Semi.

This Cork Camogie squad is no different. It has seen some change – Aoife Murray and Briege Corkery are retired, while Orla Cotter is living in New York now and COVID-19 scuppered any notions of a return.

Gemma O’Connor (punctured lung) and Julia White (knee ligament) have been out through injury and are pushing the boundaries in a bid to be available, if not for next weekend’s Semi-Final against old foes Kilkenny, then possibly a decider, should the Rebels get that far.

A strong core still exists though, allied with some really exciting prospects and we saw, albeit in defeat once more to Galway in the round-robin stages of this year’s competition, and the closing stages of last weekend’s Quarter-Final defeat of Clare, that they are genuine contenders for honours once more.

Hannah Looney is long established now and if she doesn’t have the profile of some of her teammates, her power and athleticism are key elements of the Cork game plan from half-back. They are traits that see her shine in ladies football too.

Looney is a refreshingly honest character, her heart always visible on her sleeve, her words not needing any psychology manual or algorithm in a bid to detect their true meaning.

So you have to take it on face value when she says that they let themselves down last year, despite only losing a titanic battle by the minimum but took a lot from the recent defeat, even if it were by two points more.

Looney believes that they waned in the face of the challenges they were subjected to by Galway at LIT Gaelic Grounds in August 2019.

It was different at Pearse Stadium on November 8th the Killeagh dynamo maintains, when two stunning pointed sideline cuts by Rebecca Hennelly, worth four points to the Galway tally, swung it the champions’ way.

“Obviously we were all very disappointed losing to Galway (in the group),” says Looney. “We did take positives from it. I think we did show a good bit of character maybe we were lacking that bit last year.

“I was probably a bit nervous going into that Galway game because I don’t think we performed that well against Wexford. I was hoping we could match them and I think we did.

Astutely, Looney noted the benefit of the live streaming of games and in particular, the resultant clips that have exposed Camogie to a far wider audience than ever before.

In particular, Hennelly’s strikes from each wing blew away some of the prehistoric notions that some still hold about women’s sport, a week before another Galwegian, Joe Canning repeated the trick on the hurling pitch.

It was nowhere near a first for Canning. Nor was it for Hennelly, but it was the first time her skill was showcased nationally.

“It’s some skill. I think the main thing to take from that is people got to see it and that’s huge.

“That’s something Galway have. Chloe Sigerson for ourselves isn’t far off it and maybe when we need it, she’ll deliver it as well.”

With nine minutes of regulation time remaining in their Quarter-Final against Clare, Cork still only held a five-point lead but they finished with a flurry, headlined by two goals from captain Amy O’Connor, to prevail by 16.

Looney, who in the best traditions of Cork Camogie and hurling half-backs, scored a tremendous point, was delighted they got over the line in such a fashion, highlighting the influence of the skipper during the week to ward off any hint of taking the opposition for granted.

“We knew Clare were going to put it up to us. They weren’t gonna be easy. They’ve been training really hard. They’ve gotten to this stage of the Championship not from lack of workrate, not from lack of playing well.

“We were probably a bit slow starting. Conditions maybe didn’t help but I’m glad we kept in there. Clare were putting loads of pressure on us getting those scores but we kept it going and drove on in the second-half.

“I think a lot of that has to go to the workrate of the forwards. They really brought that on.

“The message that Amy O’Connor was driving home to us during the week was ‘No complacency’. All around us, it was, ‘Cork are going to be better’, but we knew that Clare had the work done. They’d good wins coming into this and that time to prepare.

“We weren’t complacent, we kept with it and delighted we ground it out in the second-half and drove it on a bit.

“We don’t fear what comes next. It’s a big challenge but we’ll work hard and get it right.”

And so it is a reprise of the rivalry with Kilkenny, that dominated the latter half of the last decade.

“Kilkenny and Galway have been leading the standards for the last few years. The main thing is to focus on ourselves, let the lads deal with the match-ups and tactics. We’ll get the body right and the mind right.

“It’s gonna be a big task. I think a lot of us are really hurting from last year, that when the pressure was put on us, we seemed to drop a bit. That’s what we don’t wanna happen this year. I think we’re building for each game and hopefully we can build now again for the Semi.”