"I have such pride in playing for Clare" - Alannah Ryan 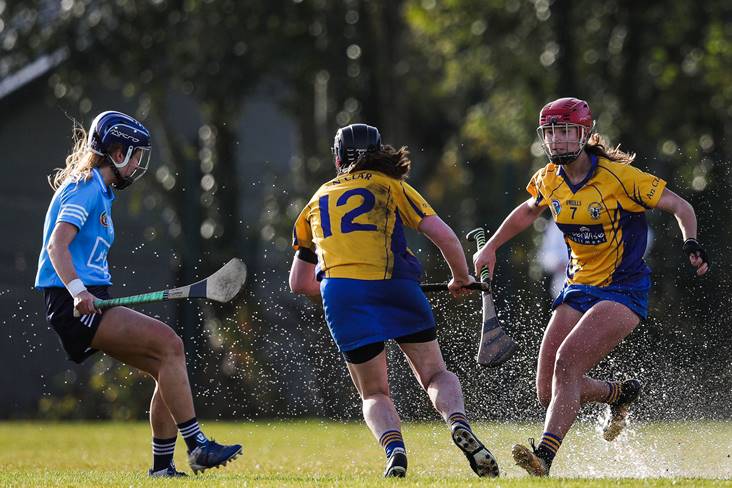 Clare produced their best performance in a number of years before fading very late on against Cork in the Liberty Insurance All-Ireland Senior Camogie Championship Quarter-Final at Páirc Uí Chaoimh last Saturday and Alannah Ryan is already looking forward to next season.

Ryan, who excelled in defence, has been cognisant of the privilege of being allowed to play in the current environment. And the Kilkishen player is optimistic about the future for Clare given the progress they have showed in a short period of time.

“It’s hard to play when Cork are coming at you and getting the goals and chances we didn’t take,” Ryan admits. “But I really enjoyed it and was just happy to be playing this year. And we have to remember that. To have the girls around you, that one unit, to be training. We’re lucky.

“It is disappointing to have the end of the road until next year but it’s about pushing on and a Quarter-Final should be the minimum we are aiming for every year. Gain that experience and stay together as a unit.

“Because we are making progress. We can see that. We played a lot better this year than last year and in previous years. So it’s so important to stay together and keep working.”

That they got to illustrate their capabilities on live television, thanks to RTÉ, will lead to an increasing appetite to wear the blue and saffron Ryan hopes.

“Questions have been asked of us. It was hard after the Tipperary game (which Clare lost by nine points). We know we didn’t play and Tipp, fair play to them, they played very well.

“We knew going into Dublin, if we are a team that are up to it, we have to show it. There’s no good training and not performing on the field. I’m just so happy we did perform (against Dublin and Cork) – maybe not the last quarter (against Cork) – but to put in a performance and to prove to people that we are up there and we will keep progressing.”

The advantage of a belated Championship this year is that the wait for a new season is not as long as normal.

“I’m ready to go. I have such pride in playing for Clare. I played with Clare underage but I feel like when you get to this level, playing against the top players is such a buzz. You want to be the best. Winning the ball against the best wing-forward in Cork is such a buzz. It will drive you to go back and practice.

“I want to be in the field, I want to be playing. I’m gutted it’s over for this year but I can’t wait for next year.

And she hopes that manager Ger O’Connell and his support staff will return to continue their work.

“We got on great with the management. We’ve a great bunch. Any new players coming in are so welcome. We appreciate the work the lads put in. We wanted to perform to show the work they are putting in is worthwhile.”